New York, NY — Nov. 12, 2012 — Kitchen Opera Company announced today that Meredith Video Studios has signed a non-exclusive strategic content and marketing partnership agreement.  Meredith Video Studios will work closely with Kitchen Opera Company to develop and produce branded entertainment videos integrating live music performance themed around food.  The Kitchen Opera Company will make their television debut November 15, 2012 performing “What Could Be Better Than Chocolate” on Meredith’s “Better Show” http://www.better.tv/ a syndicated morning program seen in over 150 markets. Says Norman Schoenfeld, Executive Director of Kitchen Opera Company, “The goal in partnering with Meredith is to create one-of-a-kind live event experiences to give Meredith and its brand partners an opportunity to reach and engage audiences with something they can relate to – food — in a fun and meaningful way.  Viewers always enjoy seeing their favorite chef’s preparing recipes on television programs, but they rarely remember them or take the time to write them down.  Most people remember the words to their favorite songs though.  So Kitchen Opera Company and Meredith are creating a one-of-a-kind, original music format that we hope makes cooking an entertaining experience you won’t forget”. Kitchen Opera Company serves up a variety of live musical experiences, where the entire dining event, from food preparation to table setting to dessert, provides lyrics and story context for culinary levity and beautiful new melodies and performance.  These experiences can be customized for brands and marketing partners, like with Meredith Video Services, which brings this experience to life through their integrated media mix. Kitchen Opera Company has created a repertoire of original new songs that cross over from classical to pop to Broadway. The entire collection is available and / or original custom created music can be developed for sponsored events and/or advertising. The group features some of opera’s brightest stars, including Grammy-nominated counter tenor Ryland Angel, who is also Kitchen Opera Company’s Executive Producer.  To tempt the palate, some of these titles are “What Could Be Better than Chocolate”, “Talking About Tea”, “I’m Just a Vegetarian”, and “Food, Food, Food”.  For a complete listing of performances, and to listen go to http://kitchenoperacompany.com/ About Kitchen Opera Company: Kitchen Opera Company creates extraordinary experiences for the senses that celebrate diversity and unity by bringing culture and art together through song and food.  It is a live performance arts idea that can be transformed into branded platforms.  Advertising partners can be integrated into original material, and product descriptions and benefits can be custom scripted into the lyrical content to present an engaging entertainment experience. About Meredith Corporation: Meredith Video Studios, part of Meredith Corporation (www.meredith.com), creates network-quality video for multi-platform delivery, based on Meredith’s highly trusted magazine brands.  Its growing portfolio includes branded-entertainment and original programming production capabilities such as ideation, strategy, development, production and distribution.  It also includes        the “Better Show”, a 60-minute nationally syndicated daily women’s lifestyle show, shot and produced in MVS’s new HD studio in New York City, and airing in more than 150 markets and nearly 80 percent of US households.  Meredith Video Network includes BetterTV.com, Parents TV and MyFirstBaby.com. Press Contact: Aruna Naomi Inalsingh, Tel. 917-553-3790 Email: aruna@AniMarketingService.com 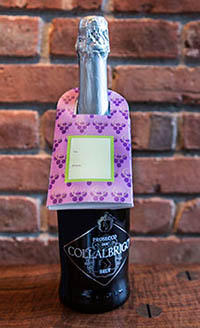